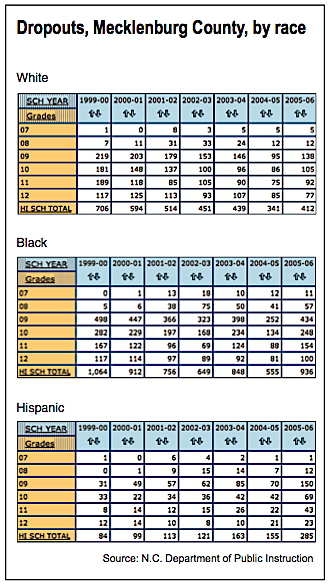 N.C. dropout rate accounting is about to change. An explanation from the N.C. Department of Public Instruction:

North Carolina’s current method for calculating dropout rates has been widely criticized. A new measure that should be more accurate was used for the first time with respect to the class of 2006; those results will be released in February 2007.

[A link in this story when it was first published, to the N.C. Department of Public Instruction, has gone bad.]