Dr. Cindy Moss of Charlotte-Mecklenburg Schools was among six experts asked to participate in a panel discussion held by the House of Representatives’ Diversity & Innovation Caucus in Washington, D.C. on Feb. 28. 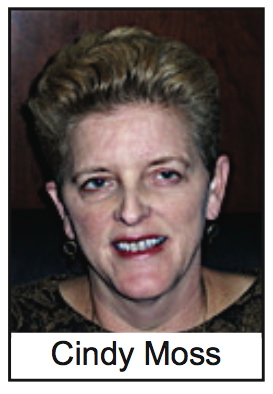 “I know that all kids can and will succeed in the right situation,” Moss told the panel. “With nearly 40 percent of the nation’s students in large urban districts, Congress and federal agencies need to focus resources on solving the problems which prevent us from delivering quality teaching and learning in all STEM education classes.”

Moss, who is director of science and math education for all grades at CMS, talked about her own experiences teaching biology and chemistry for 20 years. She also offered some specific suggestions to the panel about ways to improve science and math instruction for American students.

She said that work on her dissertation had allowed her to prove that any student can learn. She spent two years surveying 1,000 CMS students  to determine what classroom techniques could improve scores on End-of-Grade tests. The students were in her class and that of nine other teachers.

“In the third year of my research, I asked the other nine teachers to give me the students they were sure would fail,” Moss said. She ended up with a class of 10th-graders that would dismay many teachers: “90 students with all kinds of risk factors.” Her class had 89 minority students, all qualified for free or reduced-price lunch, only one had two parents at home and all 90 were reading at the fifth-grade level or below.

Moss went to work. She held monthly parent meetings at churches and Wal-mart, two places the students’ parents felt comfortable, and coached parents on how to help their kids learn. She brought in local professionals working in STEM fields who were black and Hispanic “to show them that people who looked like them could be successful in STEM.”

After five weeks, her students took a district test and scored 35 percent. But Moss was undaunted. “I wrote songs, stories, games and did hands-on experiences every day.” She also told the students what her research showed: that they needed to learn 15 new words every 20 minutes in order to pass the End-of-Course tests. She had them work as mentors and teachers of fourth-graders at a nearby elementary school, “so these students who had never succeeded in school became heroes to the younger students – I set them up for success and I let them know I believed in them.”

And she beat the odds. By the end of the school year, every one of her 90 students scored 85 percent or higher on the End-of Course test. They outscored the honors students.

“When they had been given to me, all of them were failing at least two courses and had missed at least 20 days in the previous year,” Moss said. “By the end of the year, they had passed every course, they had missed less than two days of school each and they all graduated. Eighty-eight of them are now seniors in college, with 57 majoring in STEM areas.”

Moss said that that experience and her other work in teaching had helped her to identify a number of problems in the teaching of STEM education.

“We need quality teachers,” she said. Ways to attract good teachers to science and math include a system such as TIAA-CREF that allows teachers to take their pensions with them if they move to another state, and financial incentives for STEM teachers that will help erase the enormous salary gap between STEM teaching and STEM practice in other fields.

She also said that it was essential to beef up the teaching of algebra at every grade level. “Pre-algebra skills start in kindergarten and most K-5 teachers are ill-prepared to deliver the needed instruction,” she said.

Moss also advocated the use of a K-5 math inquiry program funded by the National Science Foundation and a Global Scholar Math K-12 program to strengthen students’ math skills.

She told the panel that science needs to be added to core instruction at every grade level, using a variety of proven programs to teach it. “Science must be added to Adequate Yearly Progress, or it will never be valued as much as reading and math,” she added.

The Diversity & Innovation Caucus was created in 2007 to address the underrepresentation of women and minorities in STEM fields. Reps. Silvestro Reyes and Ruben Hinojosa, both Texas Democrats, also addressed the panel. Reyes, who helped found the caucus, has been an advocate of increasing minority presence in STEM education and careers.

The caucus has pointed to the disturbingly low number of minority in STEM fields. Reyes said at the caucus’ first event that the U.S. Census shows that 39 percent of Americans under 18 are part of a racial or ethnic minority – but in 2000, only 4.4 percent of science and engineering jobs were held by African-Americans and only 3.4 percent by Hispanics. More than half the post-secondary students in the nation are women, but women represent slightly more than a quarter of the science and engineering workforce.

Other panelists at the caucus hearing were Rep. Mike Honda, a California Democrat and former teacher; Mrs. Rafaela Schwan of the Society of Hispanic Professional Engineers; Dr. Dahlia Sokolov, a staff member for a subcommittee of the House Committee on Science & Technology; Dr. Laurel Haak, director of the study Beyond Bias and Barriers: Fulfilling the Promise of Women in Academic Science and Engineering; Dr. Daryl Chubin of the American Association for the Advancement of Science; Dr. Orlando Taylor of Howard University and Rep. Eddie Bernice Johnson (D-Tex).