I saw the results of the Superintendent Search survey.  They had surveyed three groups – teachers, high-school students and the public at large.

What I find most interesting is the relatively low priority each group gave to:

“Makes recommendations
based upon reliable
information”

To me, this well represents the disconnect between the current way the board and community think and my own lonely way of thinking.

“Relates with people of all
cultures, races and
socioeconomic levels”

Personally, I think that is important too, but I don’t think anything other than ‘don’t commit felonies at work’ comes in front of giving advice based on reliable information.  The opposite to me is “just being stupid and making s… up” (which I don’t think is validated just because it seemed to work for the last Presidential administration).  Making s… up* in the name of improving education seems especially bad. 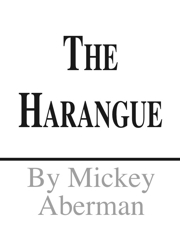 (*Picking and choosing information to support a pre-determined result is just as bad too.  However when a school is failing, designing and testing something different that you just think is likely to work is not the same as making up information; it’s called, “That isn’t working; let’s figure out why not and do something different.”)

To me it would be good to see the board and administration rapidly dispense with the ideological conflict, cut the management theories and bureaucrat-speak, adopt a realistic moderate reliance on a moderate amount of testing, and figure out how to motivate and teach children and then reward the people who succeed at it.

Meanwhile, my ideal candidate would come in with a track record of successful education of high poverty children and a mouth full of expletives.  (I would ask each candidate if he or she uses expletives, and not consider any who say “no.”)

Instead, they are going to hire a team player with the forcefulness and system-reshaping skills of a dishrag.

I want a system that measures performance on a kid-by-kid basis, expects teachers and principals to achieve it by motivating and teaching in whatever way (short of physical violence) works, highly rewards the ones who make big gains (which means the ones who go where there are big gains to be had will be the ones most eligible for rewards),  shares successful methods and strategies, empowers principals and teachers to get it done and moves out ones that don’t.

I want a school board and superintendent who are focused on education at the delivery point, i.e., the people who get it done at that point of interaction with each student, and then about whatever methods, training, resources and flexibility they need to get it done.  I think all the other decisions they make should work backwards from that delivery point.

I also think we need to eliminate CMS’s compulsion to prescribe every facet and moment of existence at a school, its over-blown fear of liability and criticism, and its pathological aversion to subjectivity in measuring performance (but not at the expense of allowing room for subjective criteria to cover up objectively poor results).

I could design a system that uses metrics that CMS has available right now that would reward teachers and principals who succeed in struggling schools, allow for differentials in student capability and prior preparation, allow for other extenuating circumstances, entail less testing than currently imposed, not incent “teaching to tests” to the exclusion of non-core subjects, not disregard high-performing students who could do even better and make for a better morale in the teaching cadre.

Show me the person that can get it done.

The writer is a CMS parent, Charlotte lawyer and board member of the Swann  Fellowship.