The Swann Fellowship lost one of its earliest and most dedicated members this week with the death of John Andrews.

John was involved in the Fellowship from its first public meetings in the spring of 1997 at St. Martin’s Episcopal Church, the Charlotte church that continues to put a roof over the Fellowship’s head and the church where John had been a member since the early 1960s. He served on the Fellowship’s board from its incorporation through April 2004, and for most of that time acted as the group’s treasurer.

At a requiem eucharist today, the Very Rev. L. Murdock Smith of St. Martin’s referred to John’s participation in the Fellowship as a way in which John gave “form and substance” to the “justice that is inherent in the Gospel of Jesus Christ.

“… with the end of busing in the Charlotte Mecklenburg Schools, segregation was returning, and John acted. He saw [segregation] as a mistake; that this was contrary to Gospel; and it was definitely wrong to John. He spoke, he wrote, he acted, and he did not hold back. His faith was given voice and deed.”

Below are the text of John’s obituary, and the rest of what the Rev. Smith had to say.

Mr. Andrews, 85, was born June 26, 1927, in Petersburg, VA, to William Wesley and Eva Mae Andrews, both deceased, but was brought up by his aunt and uncle, Cora and James Andrews, also deceased. He was preceded in death by one brother and three sisters.

John graduated from Petersburg High School and attended VPI. He was in retailing at Thalhimers in Richmond, Va, and with Belk in Charlotte, NC. He and his wife, Polly (Pauline) moved to Charlotte in 1961.

He has been a very active member of Saint Martin’s Episcopal Church having served on the Vestry, the Parish Council, and as Senior Warden. He is a Navy veteran, a former Democratic precinct chairman, a past president of Senior Scholars, an active Shepherd Center participant, and an enthusiastic member of his ROMEO (Retired Old Men Eating Out) lunch group.

John is survived by Polly, his wife of 52 years, his daughter, Ellen Perrin and her husband Sean, and four adored grandchildren, Jack, Colin, Sam, and Kate. He is also survived by four nieces as well as many great and great-great nieces and nephews.

A funeral service will be held 10:30 a.m. Saturday at Saint Martin’s Episcopal Church with The Very Rev. Murdock Smith, PhD officiating. Immediately following the service there will be a reception and visitation with family in the Parish Fellowship Hall. 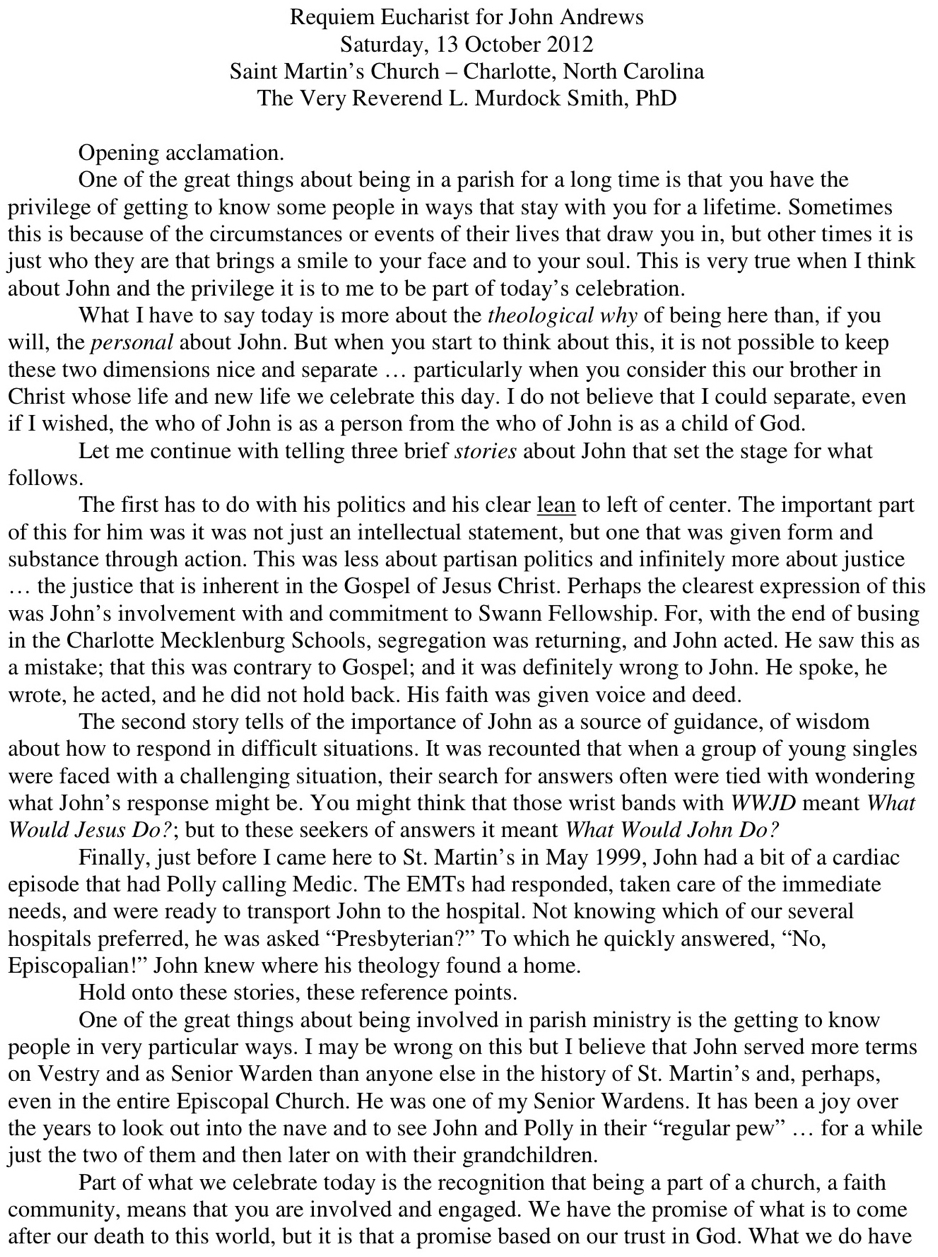 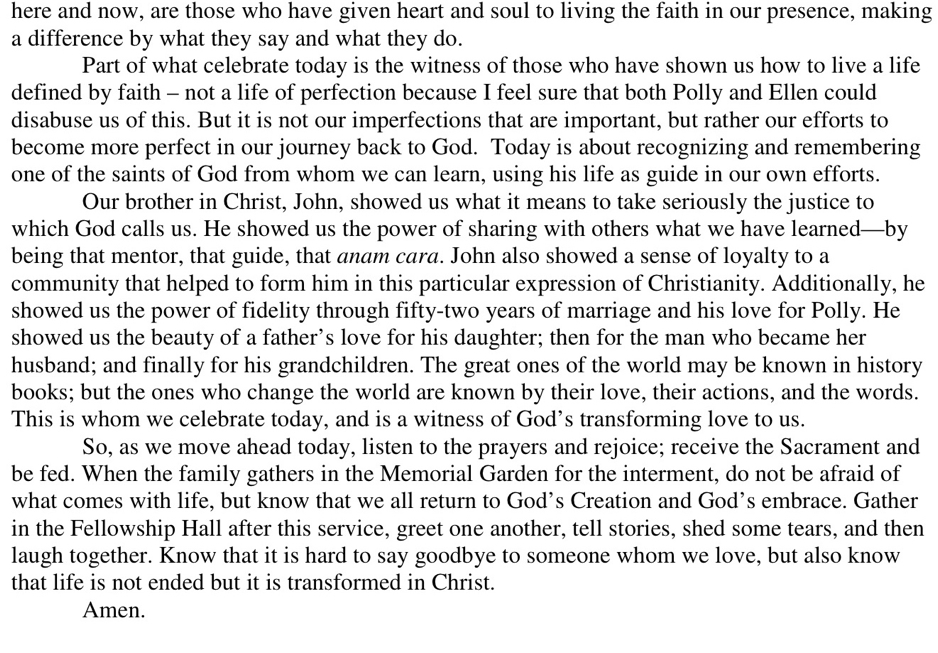