Board members meeting as the Policy Committee began on Thursday to home in a bit on how staff should proceed in crafting changes to the current assignment plan.

Many issues are clearly weighing on their minds. Not the least of which is a report they had seen just hours earlier that shows how rampant the overcrowding is throughout the school system.

For those who would like to give parents choice to move their children to another school, the overcrowding means that that option is simply not on the table.

But the board appears eager to hear of any plausible alternative proven elsewhere that would allow them to move away from the 2002 rigid commitment to having a default assignment for every child into a “home school” in proximity to their residence.

The seventh slide of a PowerPoint from the meeting, posted below, shows what the staff is thinking about: making attendance areas bigger; redrawing boundaries to produce more socioeconomic diversity among students; a system used in Montgomery County called “consortium schools;” and even the possibility of turning all schools into magnets.

Board members Thursday said they thought they had underestimated parent interest in magnet programs. They clearly want to know more ways that they might use to assign students.

As mentioned in reporting from earlier meetings, what appears new this year is an awareness among board members that the 2002 home school guarantee did not guarantee academic achievement. It merely guaranteed, for those who valued it foremost, a stable assignment relatively close to home.

The cost of that guarantee now has board members’ attention. The decision guaranteed the creation of high-needs schools that CMS has found it difficult to lead and to staff and that have earned it D’s and F’s from North Carolina’s rating system.

The 2002 system also arguably created higher costs, higher staff turnover, huge pockets of lower achievement among mostly high-needs students, and a huge incentive for parents assigned to low-achieving schools to take any opportunity they can find to opt out of CMS home schools.

North Carolina approved a system for charter schools in 1996, but the explosion of charters in Mecklenburg began well after the 2002 assignment plan was adopted.

One of the more sublime moments during Thursday’s meeting occurred when Policy Committee Chair Tom Tate referenced the board’s Policy ADA, Equitable Distribution of Resources. The policy dates from 2001 when the home-school guarantee was placed at the center of the assignment plan. Small revisions occurred in 2010.

ADA mandated equitable allocation of resources to achieve academic progress at all schools. The reports called for were suspended years ago, and board member Eric Davis noted at an earlier meeting that the community consensus to provide additional resources to high-needs schools has just about disintegrated.

Reading the policy, Tate said, made him realize just how far the CMS board had diverged from its own stated policies.

His comments will be in a series of  video excerpts from the meeting to be posted below as they are available.

Board members also helped wordsmith some changes in the board’s guiding principles for student assignment.

One of the problems raised at an earlier meeting was the notion that while the board said its main focus is on achievement at home schools, that its guiding principles hold magnets to a higher standard, and offer more support through magnet fairs and other marketing tools.

The rewrites would hold all schools to the same expectations. Left to another day was a decisive turning point on the 2002 home-school guarantee.

The PowerPoint slides below are in a downloadable PDF here. 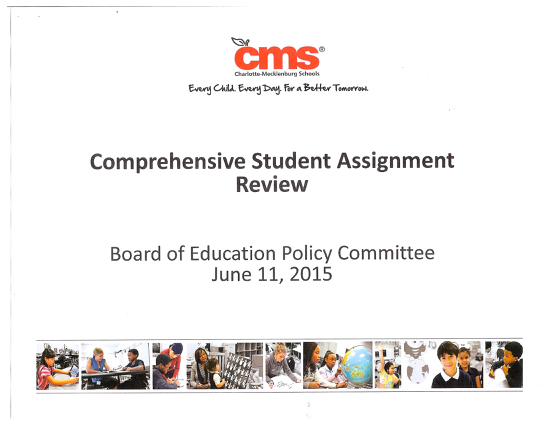 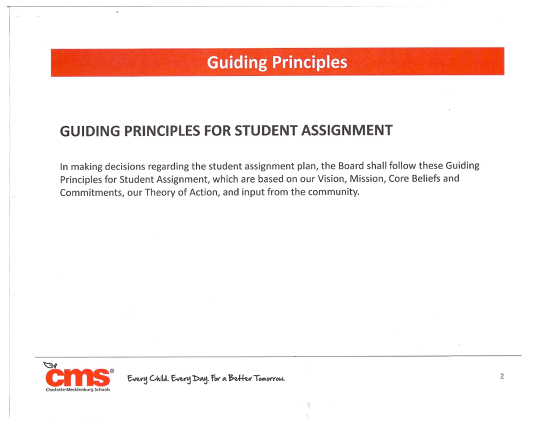 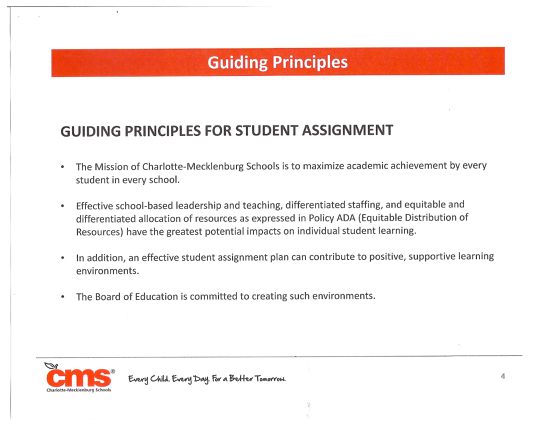 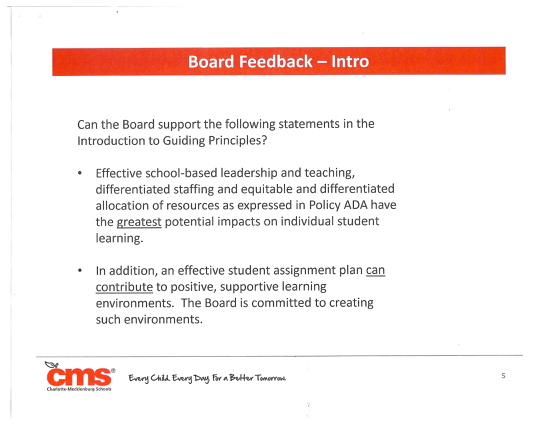 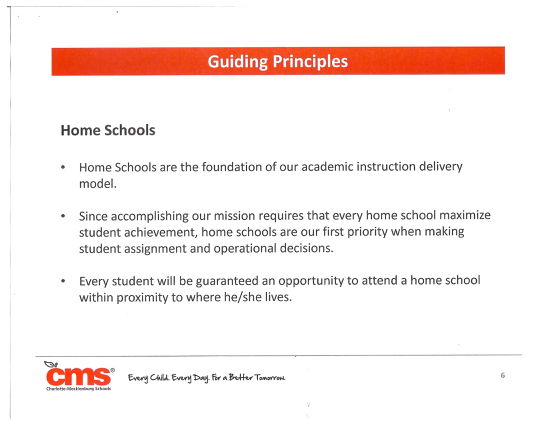 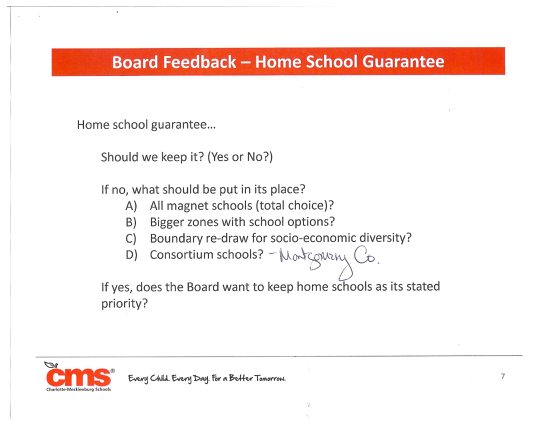 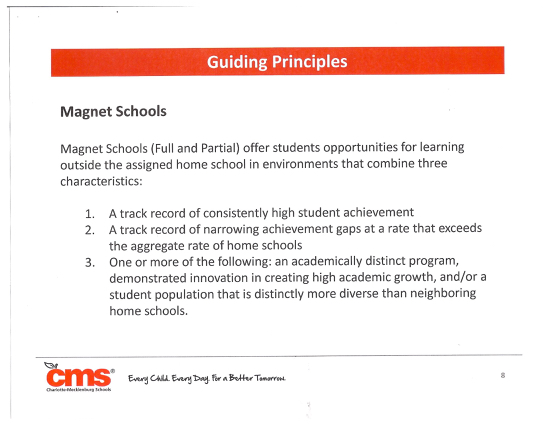 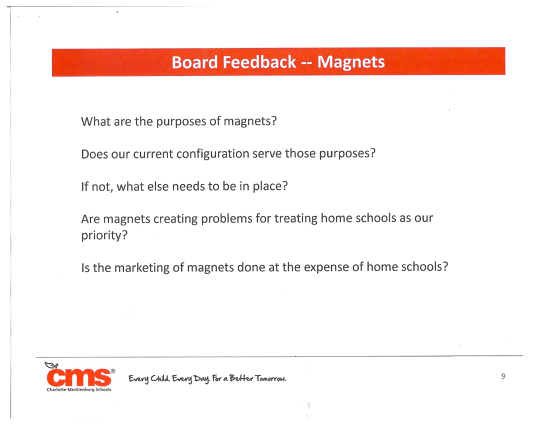 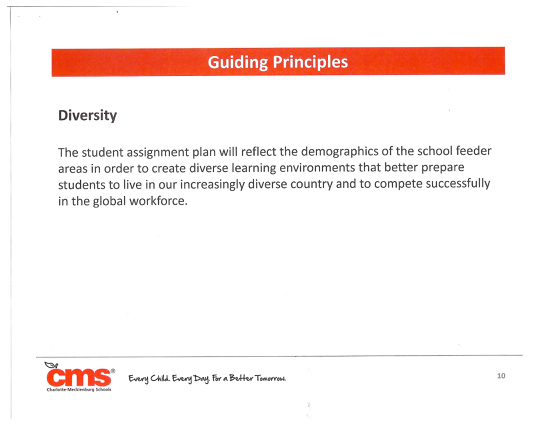