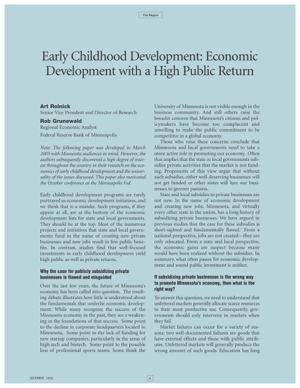 “They propose creation of a Minnesota Foundation for Early Childhood Development, creating a $1.5 billion endowment over five years. Proceeds would assure that ‘children from low-income families are ready to learn by the time they reach kindergarten.’