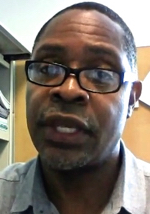 This article was first published on this website Dec. 27, 2008 when the writer was a CMS teacher trying to organize a support group for educators working in urban schools. During the recent renovation of this website, we asked him about it. He asked to make some small changes and those are incorporated below.

Much has changed since 2008. Bishop Spaugh Community Academy where he taught was closed during the Great Recession, and today’s generation of middle schoolers like those at Spaugh in 2008 are more scattered, in K-8 schools across Westside Charlotte. And the writer is no longer at CMS; he is program chair of CPCCs Developmental Disabilities Program.

But some things have not changed, including the challenge of helping young people make sense of the world around them, which remains the high calling of teachers everywhere.

What were you doing on the night of November 4, 2008? This is a question which will inspire many Americans to tell stories and tales that they will proudly share for years to come. This date is an important moment in the nation’s history, because it marks the occasion in which Barack Obama became the first African American to be elected President of the United States of America.

My brother Frederick will talk about his impromptu drive through the streets of Harlem, and spin tales about the spontaneous celebrations that sprang up in the streets of that famous community. Tracy, one of my best friends, will reminisce about the spiritual lift he received as he celebrated the election results with the members of his church in Washington, D.C. My wife Kris will undoubtedly droll on about the drudgery of being stuck at her job, unable to fully enjoy this special moment.

What story will I tell? I will proudly talk about how I sat in front of the television as the results came in, laptop in tow, and planned a series of lessons that would help my 8th grade students grasp the significance of this unprecedented historical moment.

Barack Obama’s ascendance to the highest elected office in the country is a golden moment. I am a teacher at Bishop Spaugh Community Academy, a predominantly African American public middle school in Charlotte, North Carolina. I teach special education. My students are mostly males, and have a variety of mild to moderate disabilities. As the results came in and I watched the images and reactions that were displayed on CNN and MSNBC, I thought about my students. I knew they would be overjoyed, but I wondered if they really and truly understood the historical significance of this event, and the implications it holds for their lives.

Bishop Spaugh’s students come from some of the most impoverished neighborhoods in west Charlotte, and their North Carolina End-of-Grade Reading and Math scores are among the lowest in the district. The demographics of the student population at the school represent the racial and socioeconomic re-segregation of America’s public schools. As an educator who works in this environment, it is my responsibility to teach in ways that relate directly to the lives of my students, their families, and their communities. What would be more timely and relevant than developing lessons that would help my students gain a deeper appreciation for the outcome of this election? I knew I had some work to do.

As I watched the outcome of the election unfold, I carefully considered how I could turn this event into a teachable moment. How could I weave this situation into a learning experience that would help my students develop a deeper level of respect for their history? How much do they know about our historic struggle against slavery, and our quest to obtain full citizenship and voting rights here in the United States of America? They have a general, broad-based notion of the racial oppression African Americans have faced, but they don’t have enough specific information to help them make meaningful connections.

I thought about the fact that the Voting Rights Act of 1965, the landmark legislation that secured federal protection for the voting rights of African Americans, was passed 100 years after the end of slavery, and a mere 43 years before Mr. Obama’s historic election. The passage of this law, and the Civil Rights movement which gave rise to it, occurred within their parents’ and grandparents’ lifetimes. I wanted to help my students understand that some of their closest relatives lived at a time when African Americans in North Carolina, and other parts of the country, were not guaranteed the right to vote.

I finally decided to develop a series of lessons that revolved around the movement to desegregate Birmingham, Alabama in 1963. I chose to put lessons together on the topic because Black children played a prominent role in this chapter of the modern Civil Rights Movement. Their role was so important to the effort to desegregate Birmingham that it is often referred to as the Children’s March. 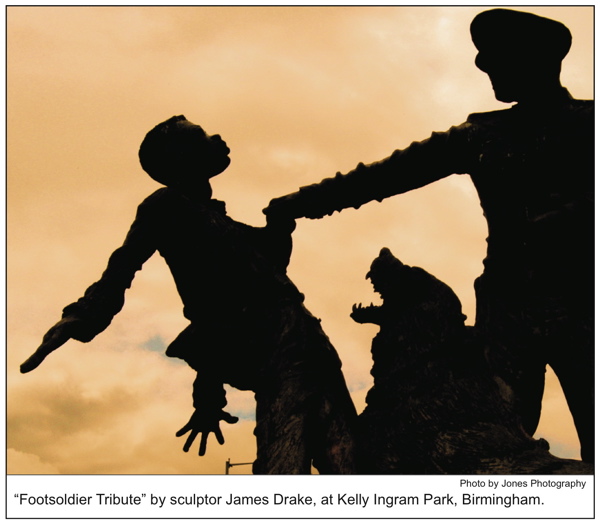 Martin Luther King brought the full force of the movement to bare in Birmingham, with little success. He could not convince enough of the city’s black adult population to participate in a series of coordinated acts of civil disobedience. He enlisted the aid of Reverend James Bevel, who came up with the idea of using the city’s youth to stage a series of school walkouts and marches. The authorities, under the leadership of Birmingham’s infamous Chief of Police, Bull Connor, arrested and filled the jails with up to 3,000 children, and set dogs and fire hoses on the youth in Kelly Ingram Park, right in the city’s downtown area. These violent scenes and images were captured and shown on television, and printed in newspapers throughout the country and all over the world. These disturbing images demonstrated to the world that America was a democracy in name only, and that African Americans were systematically and brutally denied their basic human and civil rights.  The negative exposure Birmingham received drove the city’s leaders to begin desegregating the city, and led them to remove Bull Connor as police chief. Additionally, the movement to desegregate Birmingham helped solidify the role young people have played in the effort to achieve civil and human rights for African Americans.

During my lesson I showed video and still footage from the actual protest; images of children packed in jail cells like roaches, vicious police dogs ripping through the clothing and into the skin of protesters, and black bodies knocked down under the ferocious pressure of fire hoses. Students also had opportunities to examine letters and other primary source documents, and engaged in classroom discussions which were designed to enhance their understanding of the civil rights movement and explore its connection to President Obama’s election. As a culminating activity, students were given opportunities to identify, explore, and write about the contemporary social issues they would like to address.

I spent three days teaching this lesson, and I taught it in each one of my classes. My students were deeply engaged, and relished the opportunity to analyze an historic moment, as it actually unfolded. Once the unit was complete, the students seemed grateful for having an opportunity to think about the importance of this election, connect it to their history, and consider its implications for their own lives.

I can’t wait until the inauguration.