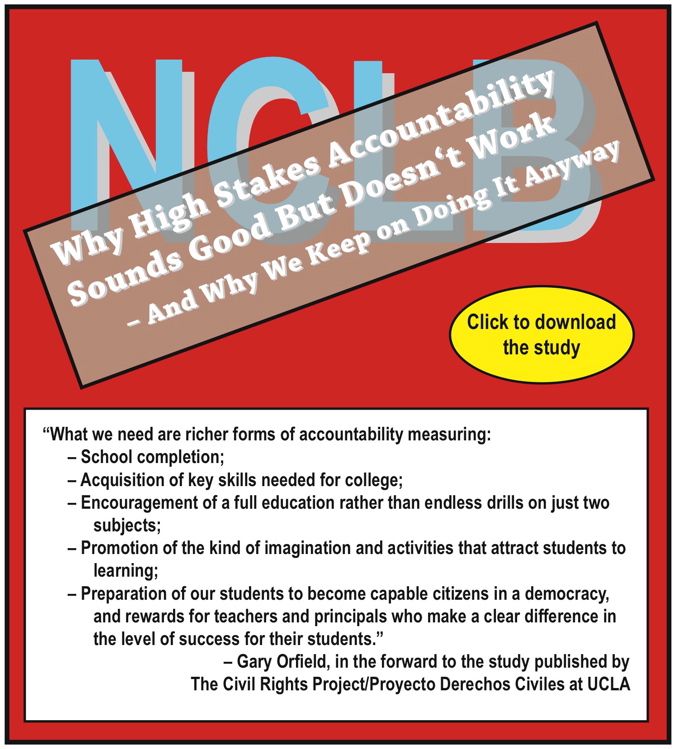 Today’s study on “Why High-Stakes Accountability Sounds Good But Doesn’t Work” argues that sanctions under No Child Left Behind are tied to failures to achieve what are really some fairly low expectations. With such low expectations in play – the bar set rather low – the study argues that schools will learn to avoid the sanctions while never reaching for the higher expectations that the framers of school reform really were after. Thus, the system will ultimately work, but school reform will not really happen.

The Internet link to the study that was available in 2009 has broken. The study is available on this website here.