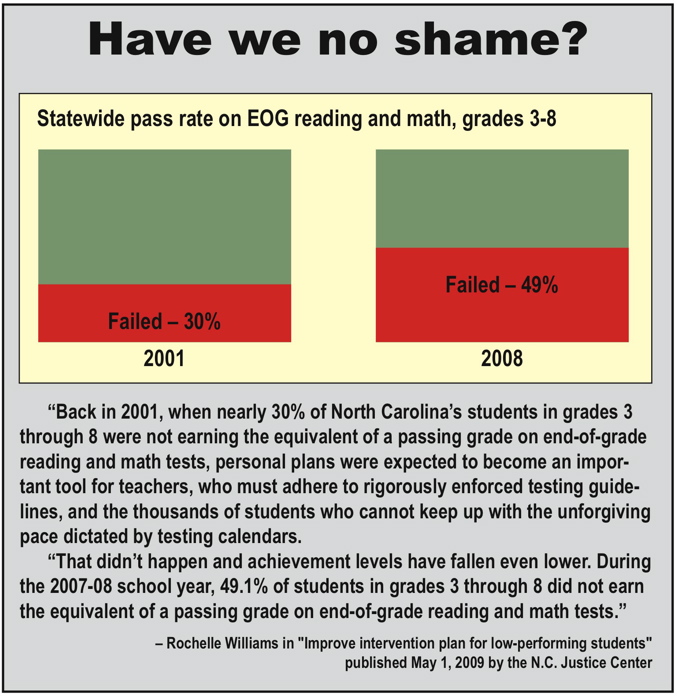 Today’s article from the N.C. Justice Center is a republication of a Legislative Bulletin from April 7 noting an increase in the percentage of students failing end-of-grade reading and math tests between 2001 and 2007-8. The article urges stronger intervention.

Posting of this article prompted reader S.S. to write: “While I certainly agree with you that test scores in North Carolina are a disgrace, I think it is important that you distinguish between test score results in 2001 and 2008. As I’m sure you are aware, the tests were re-normed in 2005 and 2006, making it more difficult to achieve a “passing” grade. So comparisons of passing rates in 2001 and 2008 really are not relevant. Again, test scores are a disgrace, but scores have not fallen dramatically as your chart implies. You are comparing apples and oranges.”