That would make six on the table, except that assignment director Scott McCully announced that Supt. Peter Gorman told him earlier Thursday that he would not recommend one of those three to the Board of Education, and what appeared to be the bulk of the 130 or so parents attending Thursday’s pressed McCully to withdraw the other two original proposals.

McCully said the work on the three proposals had be completed earlier in the day, and he had no paper copies to share with the public and the files had not yet been posted to the CMS website. That sent dozens of parents drawing lines on old maps to record the boundaries in the three new proposals.

Photos below were taken of the projection screen Thursday night. Under each map is an audio file of McCully’s explanation of that option.

The audio under Map C also includes McCully’s comments about several other suggestions that he said CMS had received or heard about. None of those had yet been worked up as proposals, but might surface later as “community options.” 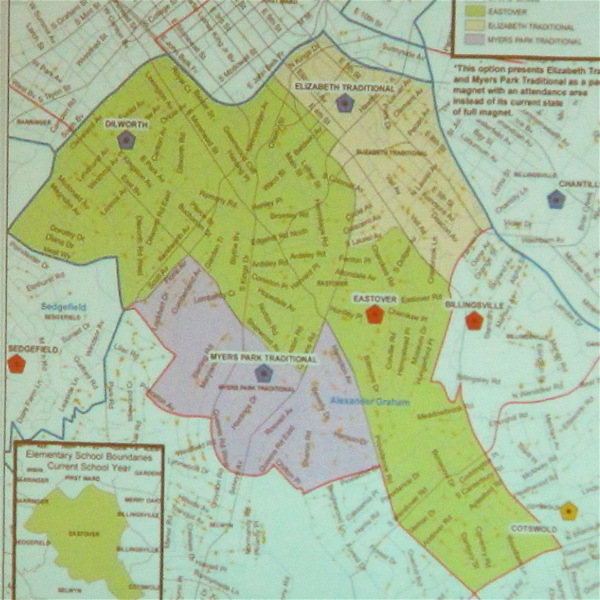 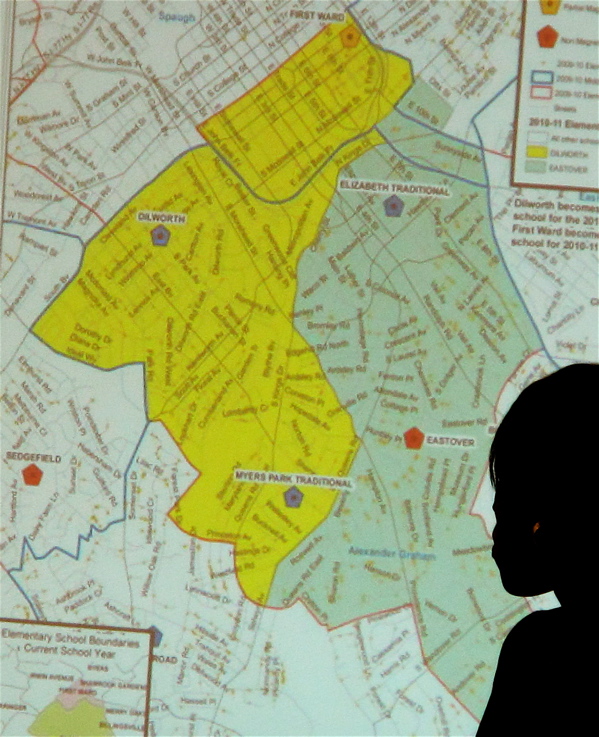 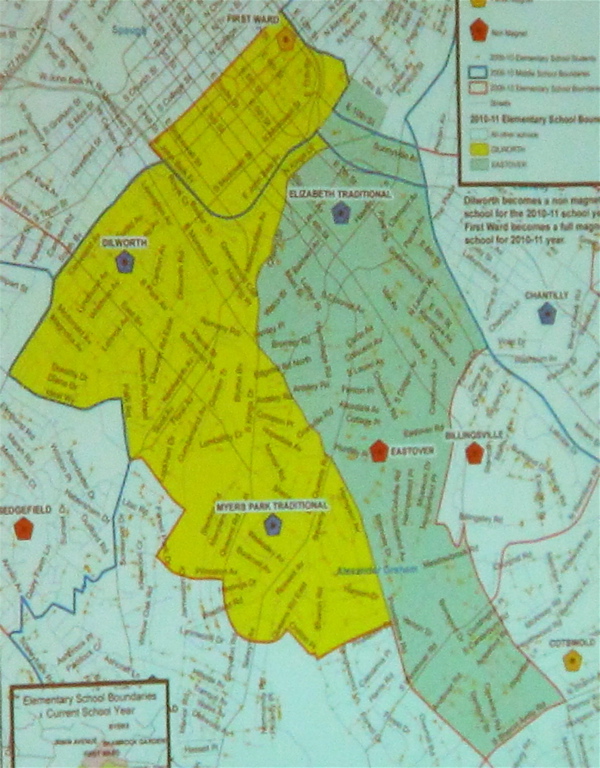