The morning’s paper had announced that Myers Park High School would probably dodge the bullet of student assignment this year. But still they came.

About 600 people, about a quarter of them students and to all appearances the vast majority of them from Myers Park HIgh, participated in a simulchat on options for balancing student populations a East Meck and Myers Park. “IB students got credit toward required community service hours for attending,” the Charlotte Observer reported.

A number of ideas bubbled up during the reporting out after groups of 6 and 12 people spent 30 minutes discussing options prepared by CMS staff, or their own ideas. Most of the ideas dealt with ways to strengthen East Meck and increase its population. East is scheduled to lose hundreds of students and dozens of teachers when suburban high school populations shift in 2010 with the opening of a new high school in Mint Hill. 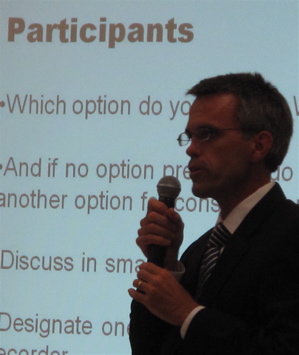 And none of the new ideas were floated this time by Scott McCully, right, the CMS assignment planner who ran Tuesday night’s meeting. At earlier meetings he introduced into the debate new options and gauged public reaction. Among the ideas from Tuesday’s participants:

– Reverse course on popuating the Mint Hill high school and, for example, leave  in place Piney Grove and other neighborhoods that are now attending East Meck.

– Reduce the size of Myers Park’s International Baccalaureate program by, as long planned, eliminating from the program students who do not take a full IB load that would qualify them for an IB diploma. But delay for a time the elimination of so-called “IB Lite” students at East Meck.

At the end of the two-hour session, McCully asked participants to hand in their written suggestions so CMS staff could review them. In some earlier reassignment debates, staff have taken to the board “community options” developed by staff from ideas offered by the public.

Attending the community meeting as a block were a number of CMS teachers who work at East Meck.

Below, first, are pictures taken during the 30-minute discussion phase around cafeteria tables. Below that are pictures of those who presented ideas on behalf of their tables.

The current round of community meetings concludes Thursday at 6:30 p.m. at Myers Park High School on options to reassign students from Eastover Elementary. 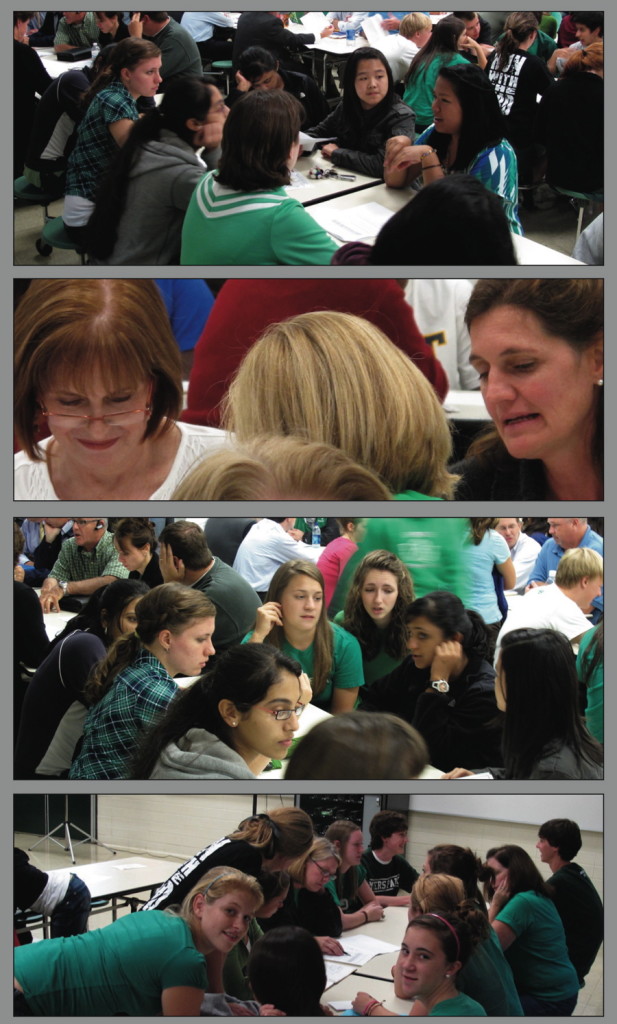 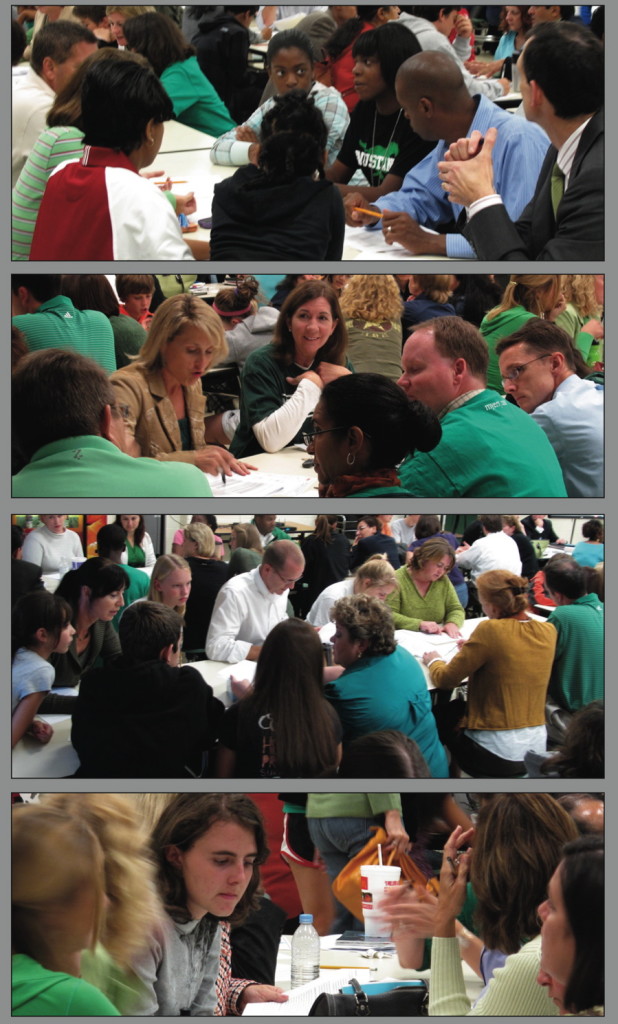 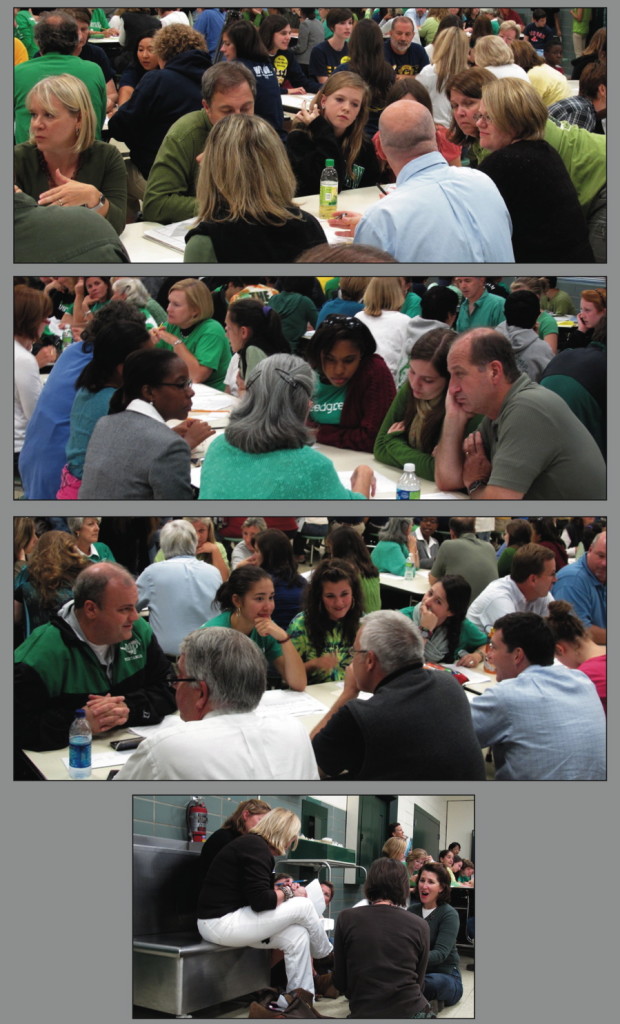 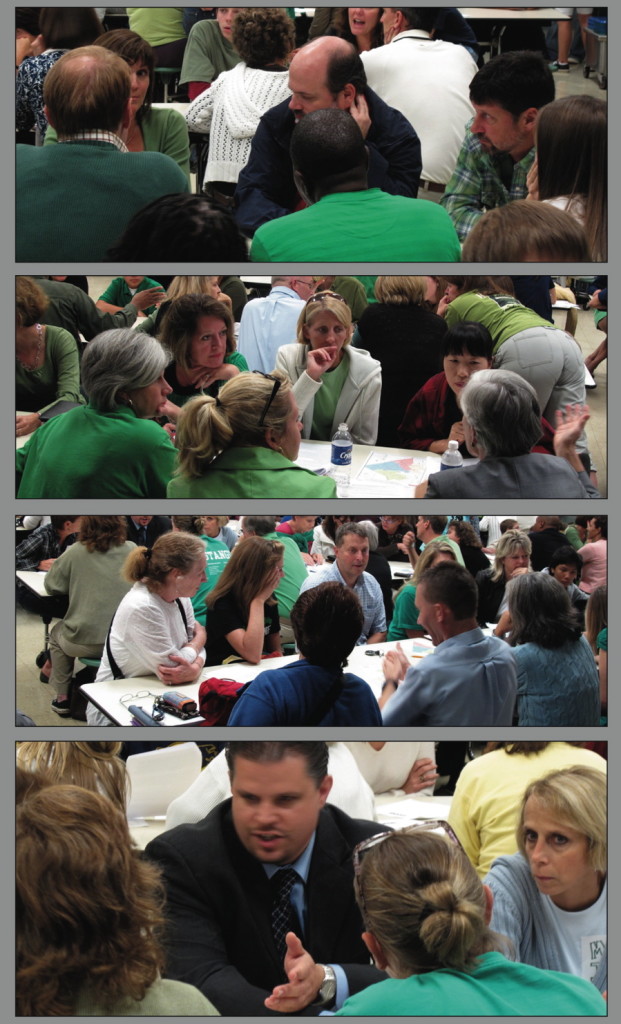 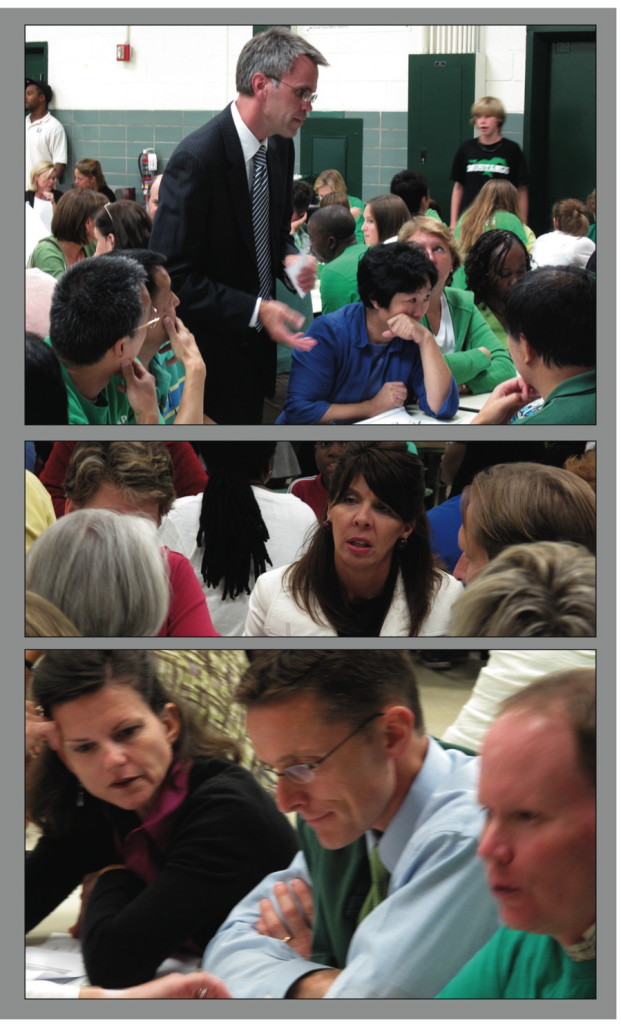 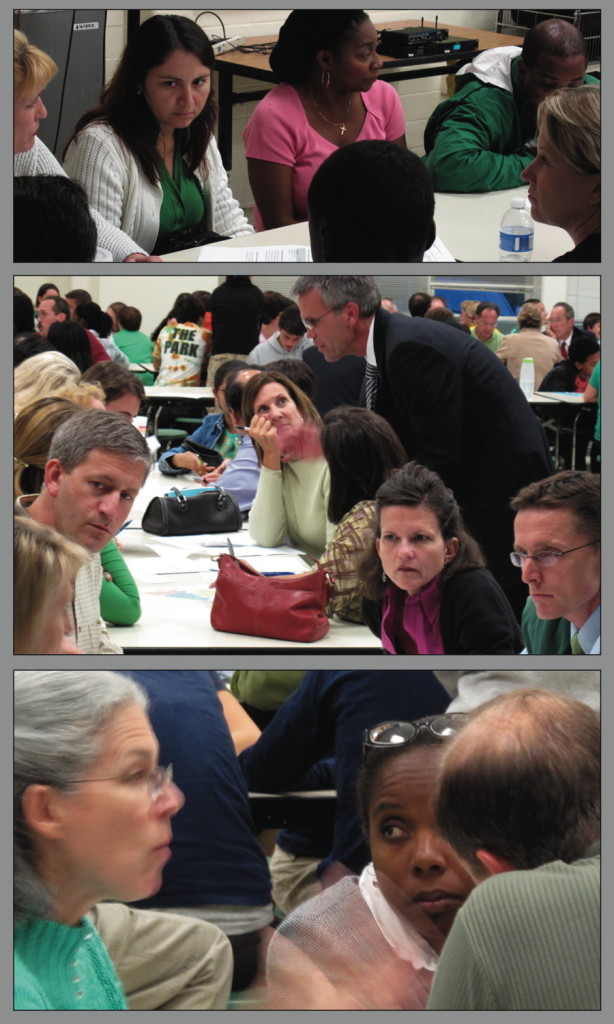 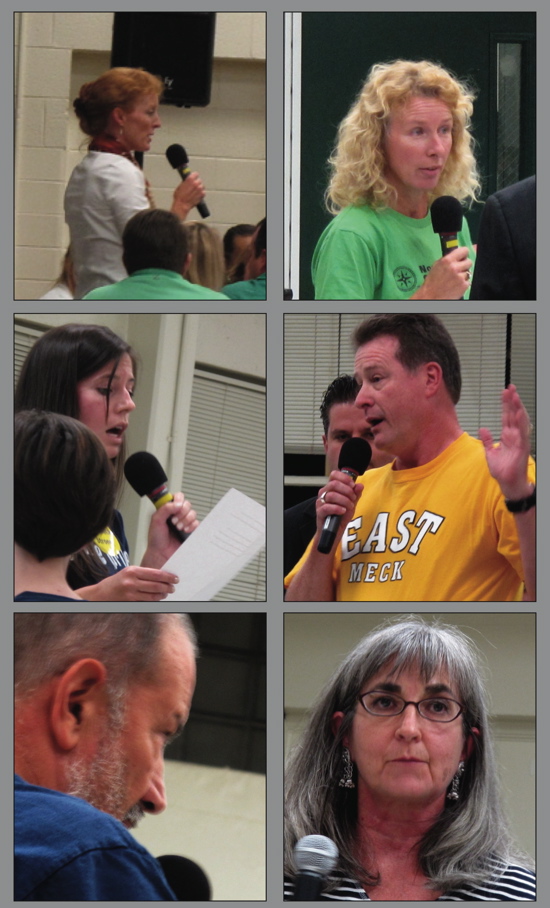 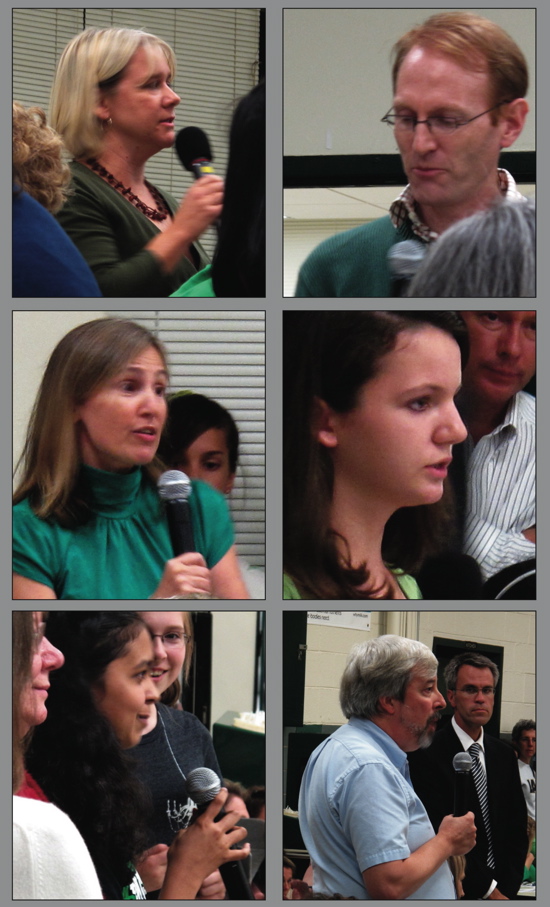 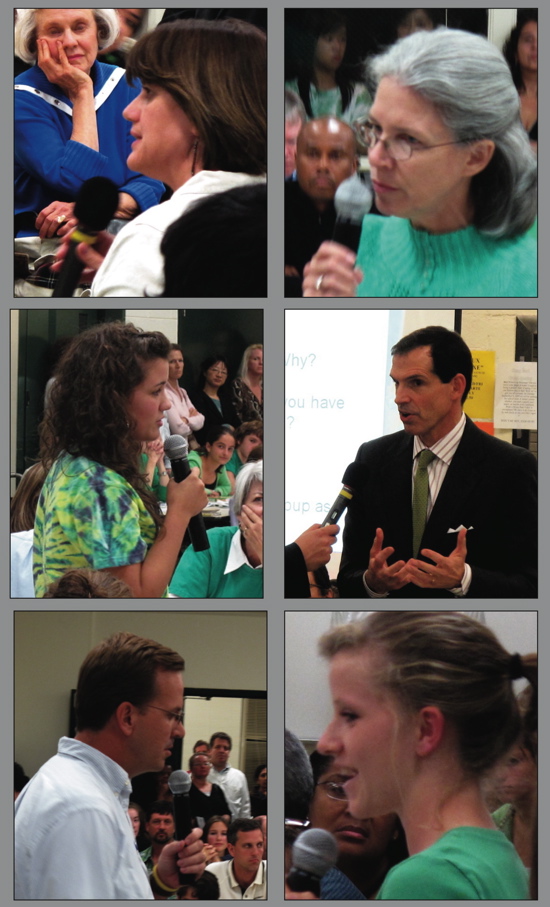 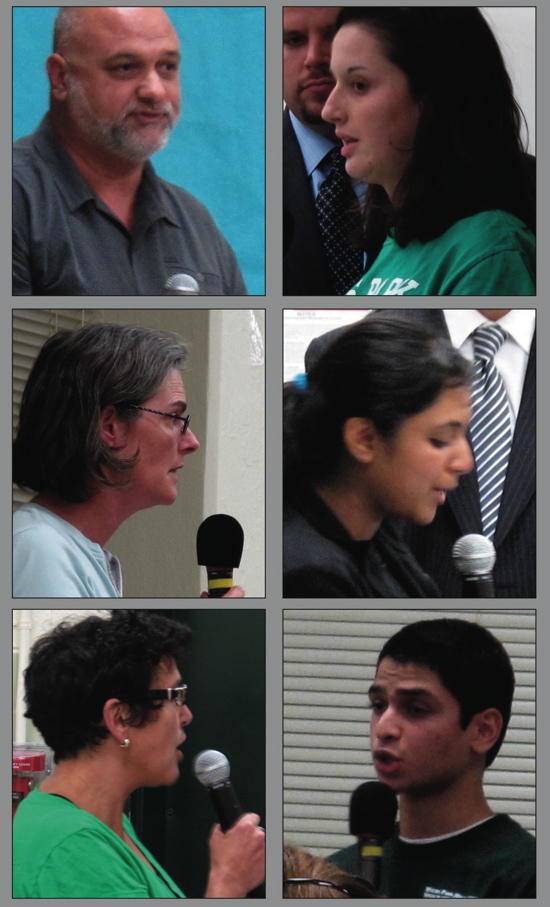 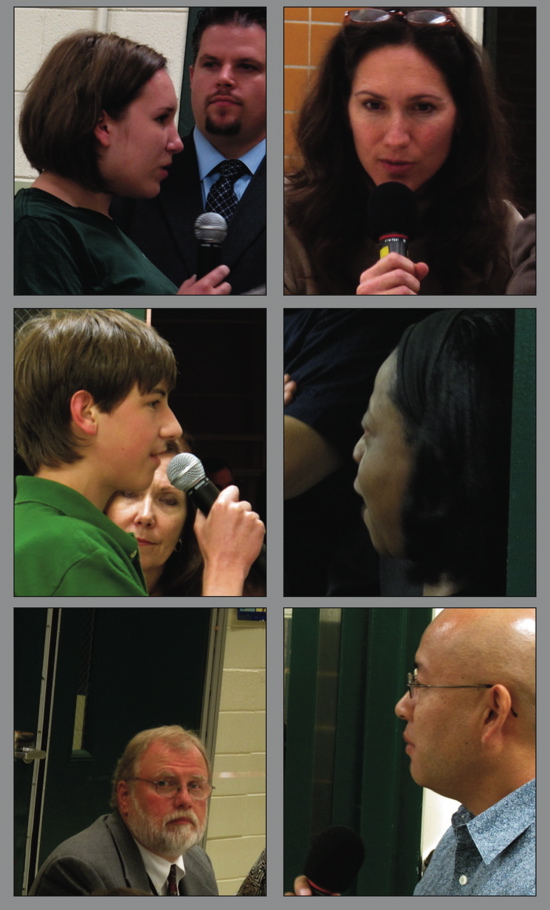