When parents vote with their children’s future, what programmatic offerings sell in Charlotte-Mecklenburg?

One gauge each year is the magnet lottery. The results of the first lottery this spring are here.

More than half of the magnet seats sought were spoken for by parents with elementary-school children. As a percentage of all children enrolled, program enrollments sink in middle school and decline further in high school. Intermational Baccalaureate and language programs dominate the high-school choices. IB dominates in middle school. Enrollments are more spread out in elementary school.

Nearly twice as many children are in elementary magnets as are in all high school options and magnets. That’s likely a reflection of many realities, including parents’ greater focus on early schooling than on later schooling, and teens’ interest in fitting in rather than standing out as they begin to exert control over their own educations.

Some of today’s magnet and option programs are variously grounded in past desegregation efforts, in learning styles, in parental interest in dual-language environments, in career goals. The school board’s current review of its magnet offerings is just the latest, and not the last, effort to keep its programs compatible with parent interests.

In their concurrent review of general student assignment issues this spring, board members have acknowledged that, in the past, they’ve underestimated parental interest in magnet choices. They’ve had a budgetary incentive to underestimate the interest: Magnet programs are more expensive.

The remaining two dot maps illustrate that, for parents who believe they’ve found a program that best suits their child’s educational needs, no amount of travel distance will dissuade them.

Irwin Avenue is the district’s only full magnet pursuing learning immersion and talent development. Elizabeth Traditional is, with Myers Park Traditional, a school devoted to teacher-centric education that may parents in the 1970s felt was under threat. Both Irwin Avenue and Elizabeth have countywide attendance areas. There are few areas of the county that do not have some children attending.

One of at-large school board member Tim Morgan’s primary contributions thus far to public discussion about student assignment is to point out that, for various reasons, CMS has not placed magnets in his old District 6 in south Mecklenburg. CMS can fix that.

If CMS takes its cue from some of its most dedicated and involved parents, it will focus parents’ attention on choosing for their children a school program – a way of learning – that will best suit their child. The act of choosing will engage parents in a way that “you’re gonna go here” assignments can’t.

The tradeoff must include this, however:

CMS must face the reality that if it tells parents it will deliver education, it must create schools where all can learn. Assignment discussions this spring suggest that all school board members, to one degree or another, acknowledge that current assignment methods, which build from residential housing patterns that are mostly segregated by race and socioeconomics, have created schools where children are not learning, where parents don’t want to send their children, where teachers do not want long to work. And, as at-large board member Ericka Ellis-Stewart has pointed out, where board members themselves would not send their children or grandchildren or neices or nephews.

If board members can get all parents to buy in to educational programs – as about a fifth of the parents are doing already – in exchange for a promise by CMS that it will operate successful schools, this school district will be unstoppable. 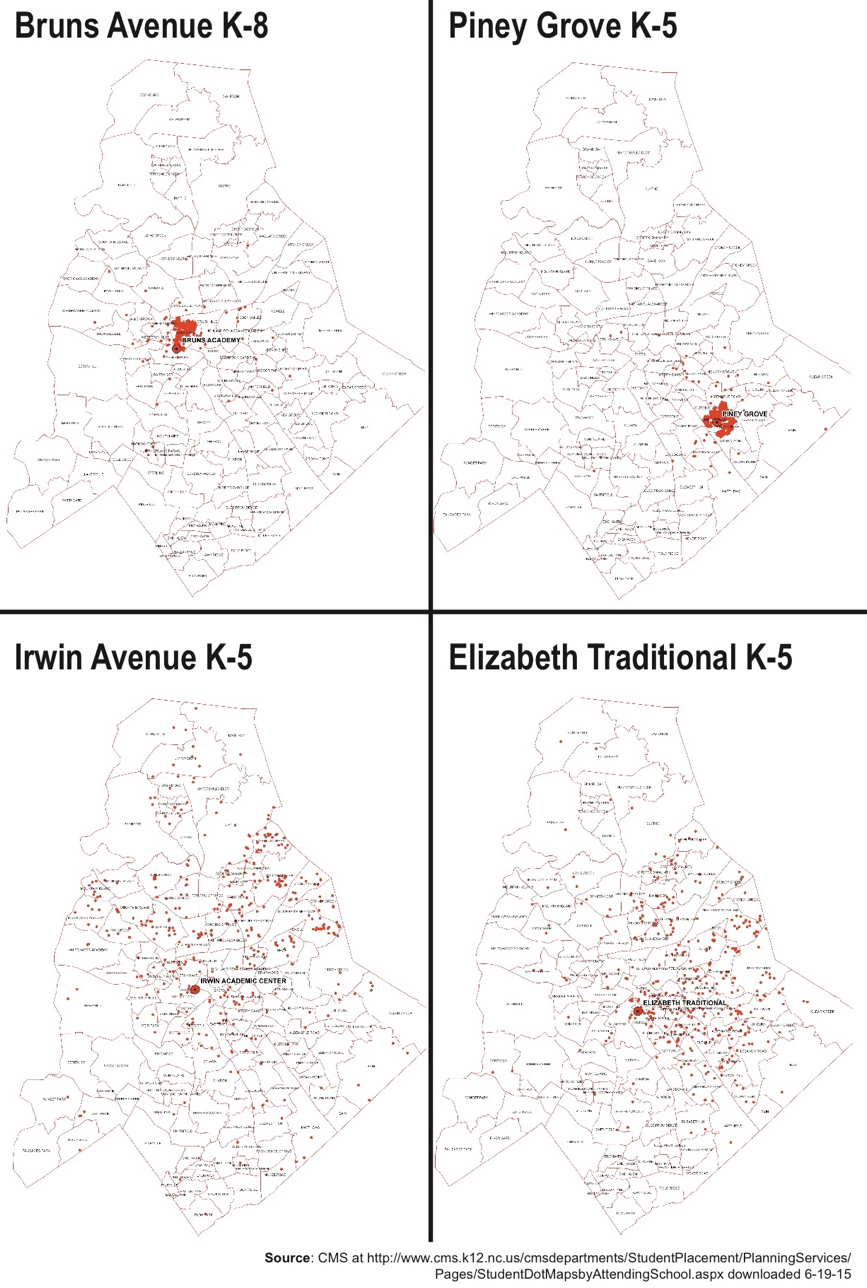