Most issues going before a public meeting of the Board of Education are put on paper and arrive in board members’ hands or inboxes several days before the meeting.

Tuesday’s discussion of student assignment began just minutes after papers to guide the discussion had been thrust under their noses. 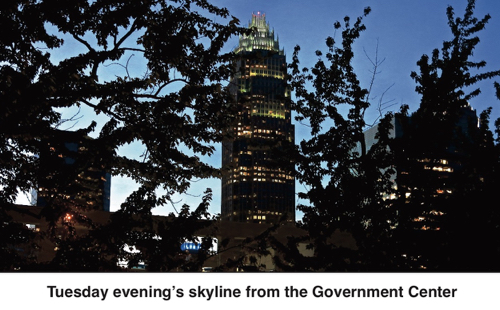 And the papers possibly weren’t in the best form. The staff might have said, “Here are the things we’ve heard from you thus far .. A  B  C  D  E .. Did we get those right? .. and here are some questions and your answers will help guide us further….”

Instead, the discussion document took the form of alternate wordings of the current policies that control CMS student assignment.

The board is wrestling with the biggest possible issues: What can we legally do? If we make any change, will it help kids? If we make some change, what will it cost and where will the money come from? You might say it’s a bit early for wordsmithing.

As this writer said to a staffer after the meeting, “Don’t drown them now in data. They need a concept.”

So while the delayed paperwork may have limited the progress made during the meeting, three important things were accomplished:

– Board members expressed interest in having video made of all student assignment discussions, both at full board meetings like Tuesday’s, and at meetings of the Policy Committee, which meets in a small Government Center conference room at midmorning times that District 1 member Rhonda Lennon says she cannot regularly attend because of work commitments. Video of the discussions will also allow members of the public to keep up with the discussion. The members’ sentiments were not made into a motion, and no staff commitments were made to follow up. Recession-era cutbacks decimated video crew employment, and  public access to city, county and school board committee meetings is still suffering as a result.

– Calls from Ericka Ellis-Stewart and Mary McCray that the school board meet very soon with county commissioners and City Council members were set aside. The reason: The school board will probably need city and county help implementing any changes that have a real impact on improving student achievement. Other board members appeared to believe that the school board must be closer to identifying solutions, and far more united amongst themselves, before sitting down with the other governing bodies.

– Again, by apparent consensus but not a vote, board members reauthorized the Policy Committee led by District 4 member Tom Tate to continue pressing forward, on behalf of the full board, with the exploration of student assignment. The committee’s next meeting is Thursday, July 9 at 10:30 a.m. in Room 528 at the Government Center. With luck and a bit of budget adjustment, a video crew will allow everyone interested in the discussion to hear it live, or maybe just on tape delay.

Overall, there was less said Tuesday about the elephant in the room, which is District 5 member Eric Davis’ way of referencing the underperforming schools that teachers and parents spurn and that are arguably a direct result of how the board has assigned students. In place of general agreement about addressing that situation, two other strands of conversation stood out:

– District 6 member Paul Bailey said he was banking on the Beacon Initiative to identify, at each of the 14 underperforming schools being studied, what success will take. At an earlier meeting, Supt. Ann Clark said that she expected the root causes of underperformance to possibly be different at each school studied. The implication appeared to be that solutions can be found in situ, leaving overall assignment the same. That comment begins below at 1:27:01 through 1:28:36.

– District 1 member Rhonda Lennon told the board that if home-school assignments are eliminated, the board will need no new bond money because her constituents will leave CMS and she’ll open a charter school that guarantees them a seat for all 13 years. That comment runs below from minute 53:55 to 56:47.

Below is a window for the CMS video from the June 23 meeting, queued up to the portion dealing with student assignment. Partway through the discussion, at-large member Ericka Ellis-Stewart, reported as ailing and at home, called in and participated via speakphone. While the speakerphone worked, an expert in such things might observe that the inherent interruptions of the speakerphone contributed to the tension in the meeting room.