“Some situations we are starting to face now and it’s more and more,” Pughsley told the Education Budget Advisory Committee last week. 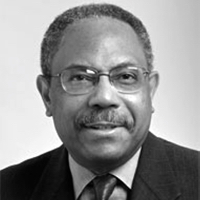 “There is evidence of gangs in the schools,” he said, noting that CMS has a good working relationship with Charlotte-Mecklenburg Police. “We will do whatever we need to do.”

One provision of the new federal No Child Left Behind law will label some schools “persistently dangerous” and allow students to transfer to safer schools at school system expense. “We are trying to keep our schools so they don’t achieve that particular status,” Pughsley said.

Most of the EBAC meeting was devoted to budget operations: internal controls, accounting methods, flexibility or lack thereof as needs shift. Member Geoffrey Curme said at one point, “Each time I walk in here I pick up more information. My fear is that most folks… are clueless as to what you do.

“Do you have a communications plan… so that people would have an understanding of what goes on in public education?”

The school board’s liaison to the committee, Arthur Griffin, replied that CMS had enhanced its Web site and that a former communications director had a plan she was following.

“We need to do a better job, of course. But then that costs money. Two years ago there was an outcry that we were spending too much money. They called it PR. We called it communication with the public.”