From a report headlined “Board Retreat: 3 one-act plays; School board hears good news about goals achieved, bad news about prospects for next year’s budget – all on top of a gathering designed to ease some of its divisions” 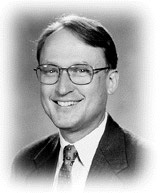 Indeed, can a board that fairly represents real community divisions on school policy ever coalesce into effective action?

The record of successful bond referenda, stable administrative leadership, monumentally increased budgets and the public’s embrace of the choice plan argue for an effectiveness that is the envy of many school districts nationwide.

But even a city obsessed with its “world-classness” doesn’t really take comfort in its national reputation. So hard work was done Thursday night as board members tried to isolate how to improve the public’s confidence in their work.

One issue discussed, but not resolved, was about limitations on debate. George Dunlap was most outspoken on the subject, saying the public understands there will be debate and disagreement, but reacts negatively based on “how we interact with one another.” It was a discussion about respect.

John Lassiter said the issue was more about how the chair runs the meeting. That brought a reaction from Chairperson Arthur Griffin, who said he felt the heat from all members whenever he tried to curb debate. “It’s not the length” of speeches, Arthur Griffin said, “it’s how you articulate it.”

Could members, he asked rhetorically, “smile at one another?”

Louise Woods, who played a key mediating role as the board wrestled with student assignment, suggested that rather than trying to curb debate once it’s started, limits should be set before debate begins. “Fairness is involved,” she said.

One of the ways in which division plays out is over the budget. Several members have objected to the tight calendar for its adoption, which means the superintendent presents a budget to the board later this month, only to have it due in a matter of days at the county manager’s office. There’s essentially no time for board members to alter it before approval, and that made some members feel it was the super-

intendent’s budget, rather than the board’s.

Wilhelmenia Rembert asked if it was “appropriate to have separate goals” for the board and “a school board budget that goes beyond” the superintendent’s. Given that the budget must be approved by county commissioners, “whatever we add” is perceived as “something that could be cut.”

“That’s a critical question,” Smith said, noting that it goes to “the real foundation of governance.”

Lassiter objected to Rembert’s idea, saying the superintendent’s budget is his best attempt to put in action the board’s goals. If the board and superintendent have different goals, he said, “that is the beginning of the end.”

By the end of the retreat the idea of separate budgets may have been laid to rest. As Dunlap noted, if there were two budgets, the public would focus only on the cheaper one.