Comments at a 2002 UNC Chapel Hill conference by john a. powell, currently a Berkeley School of Law professor, as first published in Educate!, Sept. 5, 2002:

Produce a clearer vision of the public good that integration might bring, above and beyond the narrow gains from court-ordered desegregation, a University of Minnesota law professor advised a national conference in Chapel Hill Friday. 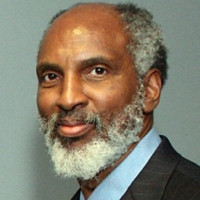 “There’s a lot of powerful evidence that segregation hurts everybody,” said john a. powell, former national legal director of the ACLU. But there has been more outcry over college affirmative action than the erosion of desegregation of public schools.

“Parents are ambivalent…. We don’t want integration unless it’s cost-free…. Unless we can [address that issue] we’re not going to make progress.”

What many African Americans and others understand integration to offer is this, said powell: “You can ride an hour across town … and your kid is likely to be sent to the basement. And parents understand that the top floors for the International Baccalaureate and Advanced Placement classes are overwhelmingly white.

“That is what we have told people desegregation is. We call it learning while black…. What’s the benefit? Why should I even accept that?”

What most people think of as race, he said, is the combined effects on people of ghettos, isolated schools, limited economic opportunity and low social status. “I’m not saying if we address all [these problems] we meld into some hue where we all look alike or think alike.

“We are all constitutionalists. We all want to have an equal voice in deciding what matters, in deciding who is on the Supreme Court, in deciding how tests are used,” the makeup of schools and the curriculum to be taught.

Powell warned against focusing too narrowly on any one problem, whether it’s school quality, teacher training or inappropriate academic tracking. “Any of those things could be achieved and we could still have inequitable schools….