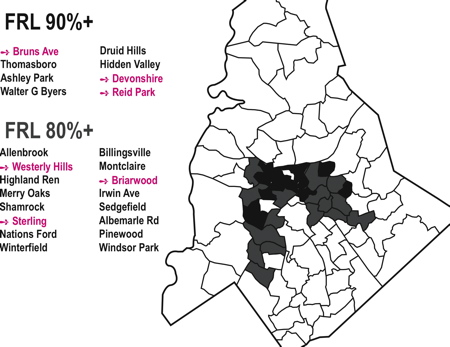 CMS Supt. Peter Gorman told the school board May 27 that he would move seven principals, demoting or transferring incumbents who have led seven schools where academic improvement has lagged.

The seven schools include the six elementaries marked in red on the list, and Ranson Middle, another high-poverty school.

The plan shows a focus on high-poverty schools, but only on some of those.